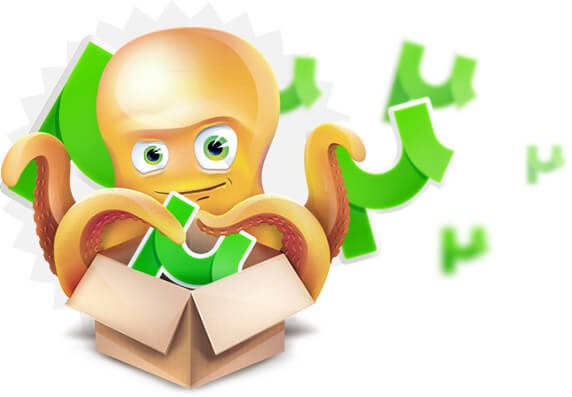 Ever wondered how to download a torrent without even opening your favorite bit-torrent client. Have you ever thought how much time people keep their computers turned on in order to download the complete file. Thanks God, now there is a way and it’s Boxopus, the so called mighty octopus says the founder Alex would do the job for you. It’s like cloud computing were all the files, now even your torrents are in the cloud, this time though at your Dropbox account. You need to first register on the Boxopus site and then link your dropbox account on it, it’s that simple.

Boxopus uses the Dropbox API, which means you can link both the services using your Dropbox credentials without having to worry about the confidentiality of other files stored in your account. Once the authorization is complete, you can add as many torrents as required, and then mighty octopus takes care of all your downloads. The best part for the users – they can add torrents to their Dropbox from anywhere, be it work, college, school or on the road. Another feature worth highlighting is that it makes downloads easier and faster with just one click on the Boxopus download button, which then instantly starts the download process.

Boxopus makes a seperate folder in your dropbox account, so that there is no confusion and there is a Sync feature which prevents Boxopus from downloading the same files on multiple computers are some of the key highlights.

Note that Boxopus is free for a limited amount of time period since it is in beta stage and in future this might not be the same and there will be limitations for the free users..a few words from the founder Alex ““Cloud Storage is an emerging trend; it’s obvious that sooner or later everything will be in the cloud. That’s why we decided to unite Dropbox and BitTorrent as easy as one click, without even using a BitTorrent client”, says Boxopus founder Alex.”

That’s it for now Njoy this cool cloud oriented bit-torrenting  !