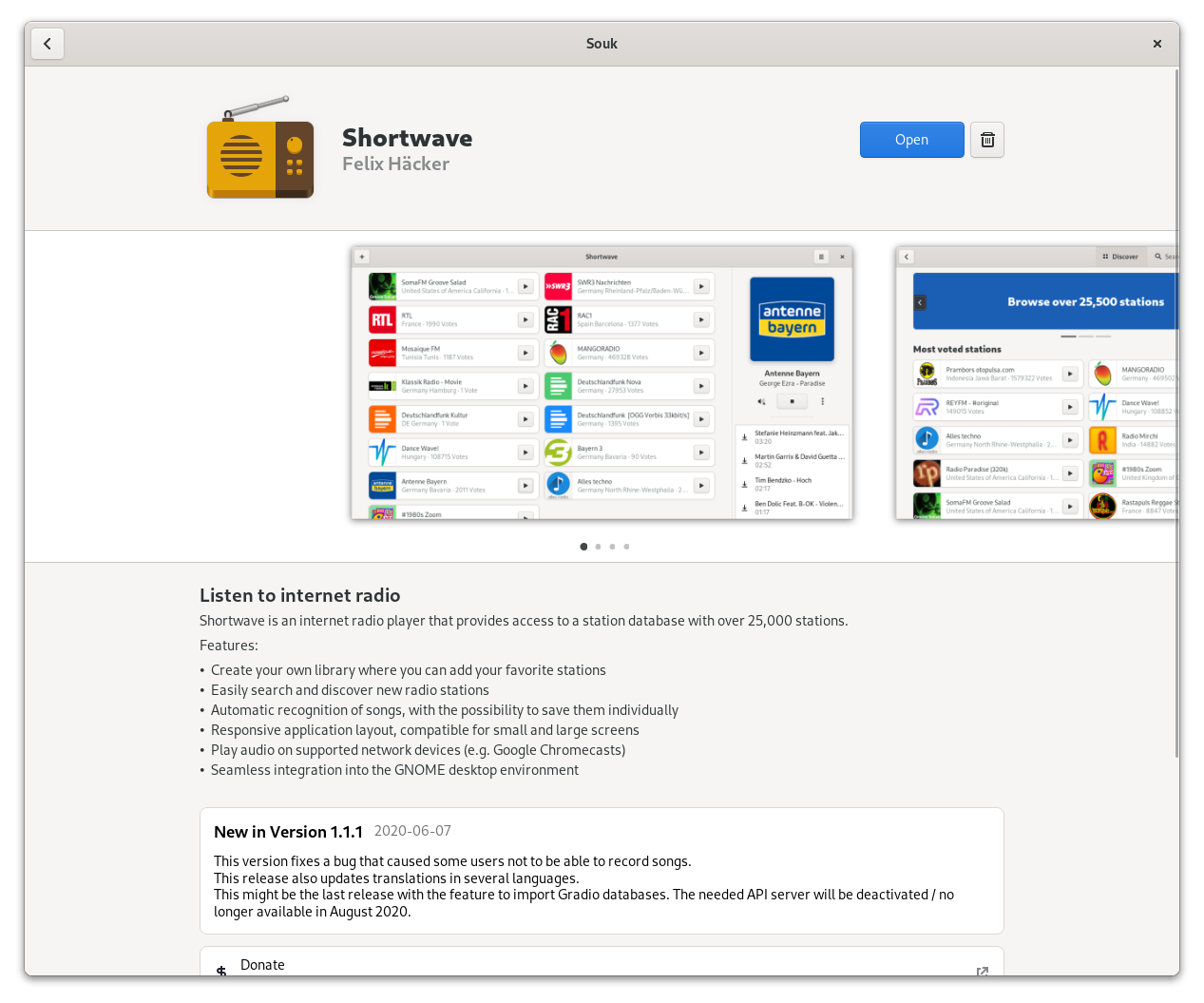 Souk – A cool way to install Flatpak App on Linux.