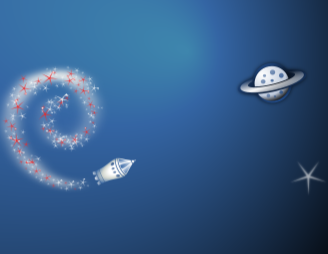 Why Linux is a preferred choice for Techies

Talking about nerds and geeks whomsoever concern 😉 Linux is definitely a way to go for a plethora of reasons. The free and open source nature and a strong code base makes it all the lovable reasons for a wannabe techie to adore Linux. Now wait I know there are plenty of Mac folks out there who are also techies and perhaps Windows users too but we are not considering this here for time being at-least as firstly this is a blog powered on open source tech and written on Linux OS and secondly Mac’s are shiny exhilarating flamboyant toys which costs too much and hey those Windows well they are Windows after all and take your call now, we ain’t talking on Mac and Windows, only Linux here folks so here we go:

When we talk about Linux and it’s ecosystem, boy there are not one or two but perhaps gazillions of flavors which we know and call them as distros or distributions in a way. From forks to respins, we have all the fancy bells and whistles which keep on blowing and sparking finesse here and there in the so called Linux ecosystem.

Having the freedom of choice is great but techies are smart and they do some re-searching here and there over the internet and find the best or the most preferred way of there computing chore thing well suited for them and here is were we know Linux wins. From desktop choices to packages, front-ends and back-ends, well i mean the look and feel right from the terminal windows till the GUI and rest nitty gritty.

Well there are distros which are aesthetically so beautiful and pleasing to the eye. And there are some of them which does the job well and are oriented for specific purposes of just getting the task/work done for the end user and does little or maybe nothing to make things pleasing but finally the Linux kernel r0cks!

Faster then the fastest

Yay, Linux is fast, damn fast IMO it’s fastest OS the world has ever seen. Till this date Windows stands no match in terms of speed and i know Mac’s are blazing fast but they are Unix and matured than Linux, wait Linux still wins the race and leads here again this is my opinion here folks.

Who can argue on Linux security, well i can’t after using it for like a decade or more little bit. It’s just too good and no match in front of other technologies which techies would prefer in there computing chores where freedom and security is just unparalleled and goes pretty smooth.

The Future is here, it’s Linux or a fork of this?

Well this might be my prophecy in my opinion here. Even though things evolve with time Linux key principles shall always be implemented and considered for it’s true openness and transparency.

Linux Rocks for me and shall always be, i adore this piece of tech and use it in my daily driver computing chore and I’d never felt that anything would or shall replace it sooner or later, but I’m open to my readers thoughts and constructive feedback on this which shall be appreciated.