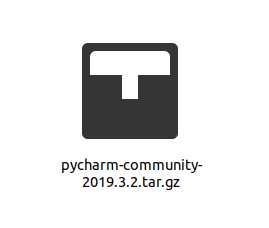 How to Install PyCharm CE in Ubuntu

Let us talk about an super easy way to install PyCharm CE that is the community edition which is open source and has a great amount of traction in the FOSS world, PyCharm the most beloved IDE for python programmers and enthusiasts who wanna use python to much greater extent, here I’d considering Ubuntu, this works pretty much the same way for Linux Mint, Debian as well as Ubuntu and its derivatives as well.

Download the tar balls file from there official website, at the time of writing this was the latest version an file name as seen here.

Now let us use extract this compressed file, rather using the terminal we shall use the GUI inside the file manager and then open the terminal and install it directly from there, the steps shown below are as follows:-

now fire up the terminal and just follow the below steps:

That’s it PyCharm CE is up and running !