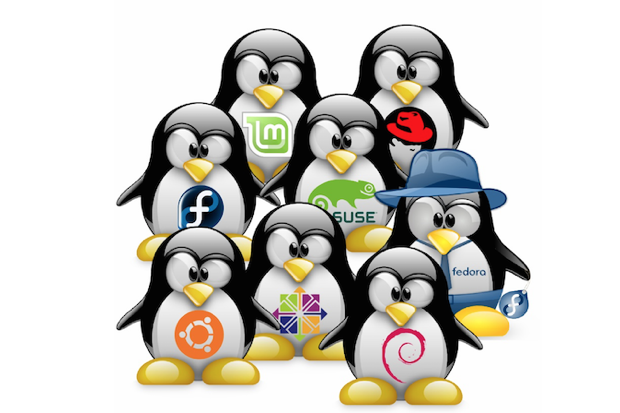 Top 10 Linux distributions of all times !

Howdy, today i will be writing about the top 10 Linux based distributions or “distro’s” of all times according to me. You may refer distrowatch website for all the details, but for now here is my countdown.

Before we start, let me tell you that Linux consists of around 1.5% of market share in desktop arena as compared to Windows which is 92% and for Mac OS X its above 8% on an average. So Linux has less market share, its immune to viruses and other threats as compared to other mainstream operating systems. Also there are more then 300 + distro’s available and as mentioned on distrowatch.

Now first things first, lets go down the descending way and see who has got the guts to make to the mark at the apex. This OS which is specially designed for newbies and all new comers to Linux from the familiar Windows world has got a Windows 7 type of a GUI. The distro’s origin is from Ireland, and is based on Debian and Ubuntu stable branches. It has a core edition and a lite ediition, which uses LXDE as a default desktop. There are premium and paid options too for gamers and businesses alike. The main USP of the distro is that it can be made to look and feel like Windows 7, Gnome 2 or older Windows xp style. However in the paid and premium packs there are options for Mac OS X and Ubuntu’s Unity interface GUI too. Based on Debian and Ubuntu again and comes from USA(origin), the distro features a LXDE desktop which is extremely lightweight and uses optimal resources for handling daily tasks.  Its built and based on Ubuntu’s LTS (Long Term Support) for 5 years of service along with updates and guaranteed security patches. Linux lite or simply known as “lite” comes from New Zealand and is based on Ubuntu LTS and stable Debian packages. It is well know for all the new comers from the Windows world. It features a XFCE default GUI which is fast and stable. It includes out of the box applications such as an office suite and codecs and other media players for ease of use. Also known as Backtrack Linux from Switzerland. Based on unstable and testing branch of Debian, used for purposes like data rescue, forensics, security, live medium etc. Also used by hackers and other widely known network security admins and auditors, this distro has a huge collection of forensics software’s as well as security apps. It features timely security updates, support for the ARM architecture, a choice of four popular desktop environments, and seamless upgrades to newer versions. Arch Linux, an independent distribution, well known to cater and provide a bleeding edge software along with a rolling release(a release where full upgrade is not necessary, user just needs to update the apps via normal update to get the most recent version). Arch can be installed from a CD image or via an FTP server. The default install provides a solid base that enables users to create a custom installation. There is AUR(Arch User Repository) and ABS for building and maintaining packages. Remember Arch is not for new comers as it requires a little bit of learning curve and knowledge of building and compiling packages and stuff. Its based on Arch and comes from Austria, Germany and France as its origin. It’s fast, user friendly and easy to use distro. The community has taken special interest to make arch linux easy and modified it into manjaro so that new comers can find this distro a breeze to use. It’s again a rolling release, has XFCE as a default GUI, but there are options to install other desktop environments too such as KDE, Enlightenment, fluxbox, Gnome 3, etc. The distro can be installed via CLI based installer or a Graphical installer. Also known as Community Enterprise OS. Built by the community and organisations which do not need any paid software for there daily computing routines. It is 100% compatible with Red hat OS.CentOS is for people who need an enterprise class operating system stability without the cost of certification and support Fedora is sponsored and funded by red hat and is 100% free open source software. It has a reputation of being bleeding edge and implementing all the new technologies at a early stage. The default desktop interface is Gnome 3.X and on Gnome shell. It comes in various flavours like mate, KDE, Cinnamon, LXDE, XFCE. However there are other dedicated spins known as fedora spins too which includes subjects of interests for robotics, forensics, security, gaming, scientic computing etc. Perhaps this distro needs no introduction at all. Funded and developed by Canonical, a UK based company, founded by Mark Shuttleworth has all the bells and whistles for any new comer coming to Linux from an outside world. It’s infact easier to use than a Mac as per the founder saying in a Ubuntu conference. The Ubuntu community is built on the ideas enshrined in the Ubuntu Manifesto: that software should be available free of charge, that software tools should be usable by people in their local language and despite any disabilities, and that people should have the freedom to customise and alter their software in whatever way they see fit. “Ubuntu” is an ancient African word, meaning “humanity to others”. It comes in various flavors which are not even rated here. They are Lubuntu (lxde desktop), Kubuntu (kde desktop), Edubuntu(unity or gnome fallback mode) etc. The only king in the Linux world as per everyone’s liking, its Mint that tops the chart in our distro list.  It’s based on 100% Ubuntu packages and repositories, which work seamlessly and the main USP is that it has all the bells and whistles to make it run any sort of codecs, plugins, flash, media etc straight out of the box. It has Cinnamon as a home grown desktop which is a fork of Gnome shell. It also provides Mate desktop for light weight computing experience. It is being funded by many non profit organizations and the Linux community as well.

Well that makes up for all the chart list today, that’s it for now enjoy 2016 !

A Happy new year to all of you.