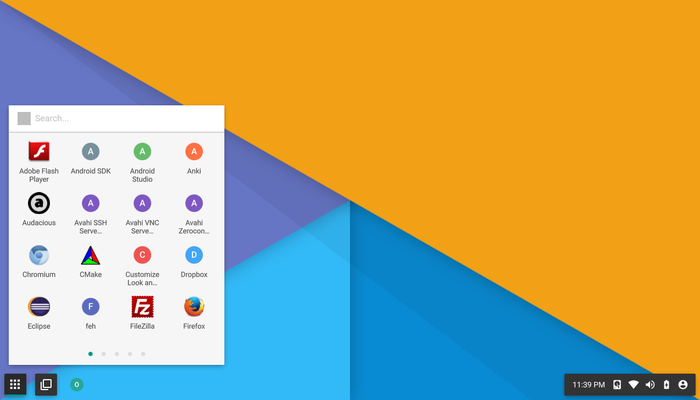 Meet Papyros, formerly know as QuartzOS, then QuantumOS, and finally a new name Papyros is a new and upcoming shiny Linux based operating system which is based on Arch Linux and about to be launched in 2016. As of now its in rough alpha stage and not to be intended for use on production machines. It’s using Google’s new Material design technology UI, as seen on Android 5.0 Lollipop !

Looks to be more like Chrome OS, but can be customized to have a dock like interface and look more sort of mackintosh ! As usual Linux distro’s are heavily customizable and there theme can be changed quite easily. The distro is a rolling release, that means a user dosen’t need to upgrade a fresh copy as soon as  a new version is out, the OS can be updated periodically as a manual update when run through a terminal. As of now the latest version while writing this article is 0.3 and it is yet to hit version 1.0

The operating system, desktop shell, and material design framework is still in active development and is in a pre-alpha state. There aren’t any installer ISOs or stable repositories. To add on Arch Linux follow the steps below:-

First, add the following lines to your /etc/pacman.conf file, above the default repositories:

You can test the shell by running it in a new window on top of your desktop: